Beechjet 400 is a double-engine small-class jet aircraft which is often called as Hawker 400 as well. Although the initial design of the aircraft belongs to Mitsubishi, the latest design of the jet is developed by the Beech Aircraft branch company of Hawker Beechcraft Group.

The model was developed on the foundations of the modified project of Mitsubishi MU-2, the MU-300 Diamond by Mitsubishi Company. The first flight of the aircraft was conducted in August 29 1978.

Classified as a small jet, the Beechjet 400 is a low winged, double turbofan engine, two pilot and 8 seater capacity aircraft. The aerodynamic structure of its wings is designed by a specially developed computer program which provides extra aerodynamic efficiency for Beechjet 400 among its counterparts. The two Pratt & Whitney Canada JT15D engines found in the area between the wings and the tail of the jet are very efficient turbofan engines which have a low-cost maintenance with 3500 hours of useful life after factory level maintenance. The aerodynamic structure together with the low-cost maintenance engines of the Beechjet 400 make it preferable for private jet chartering services as well.

Raytheon/ Beechcraft started the construction of 400A model in 1990 by developing this model they have bought from Mitsubishi. The advantages of 400A over 400 are its longer range, higher takeoff weight and higher comfort standards. Raytheon has developed another model slightly modifying the design of 400A for the flight trainings of pilot candidates of USA Air Force with the symbol number of T-1A Jayhawk. Between the years 1992-1997 180 American Military pilot has begun their services passing the T-1A training.

Hawker Beechcraft has declared the continuation of research and development works of a new model with 450XP symbol number in October 2008. However, the project was cancelled due to economic reasons.

After the cancellation of the project; with Nextand Aerospace utilizing Williams JF44 engines instead of PW, the model of 400A was begun to be manufactured by the Nextand 400XT symbol number and the aircraft obtained its FAA flight competence certificate in October 2011.

Preferred by many individual and corporative clients, Beechjet 400 is a very popular private jet aircraft which has high demands of charters at the same time. Beechjet 400 is one of the widely demanded jets in its field thus receives a great attention from private aviation companies. The 8 seater passenger capacity makes Beechjet 400 private jet chartering service the indispensable choice of less crowded flights. Beechjet 400 is preferred for both long and shor range flights due to its design and comfortable foundation. In addition, Beechjet 400 is widely preferred by companies conducting private jet charters because of its economic costs at many points. You can contact Plures Air for 24 hours and 7 days a week for more information as well as to make a chartering demand and start your order in jet speed. 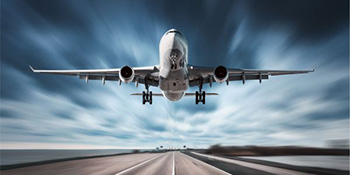